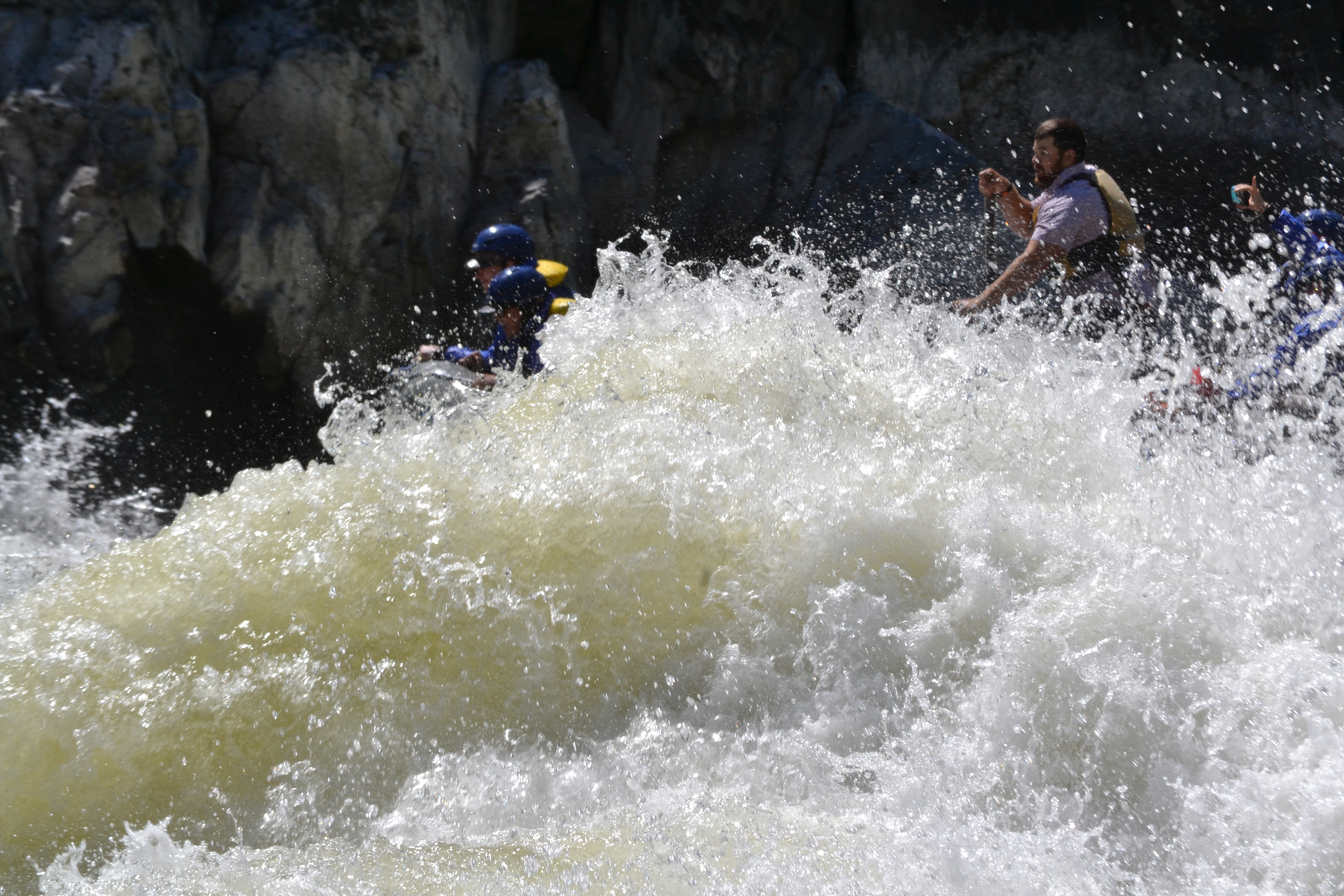 Deep mountain snow will provide plenty of water for Idaho's rivers this year. Here, a river guide navigates a raft through a big rapid in Hells Canyon, the nation's deepest gorge. (Courtesy Hells Canyon Adventures)[/caption] By Steve Stuebner Mother Nature blessed Idaho with bountiful snow in the mountains, and now the state’s world-class rivers are rising for what promises to be an outstanding year for whitewater boating for float-boat trips and jet boat trips. Snowpack ranging from 105 percent of normal in the Salmon River Basin and Middle Fork Salmon Basin to 120-145 percent of normal in the Clearwater and Panhandle basins means that those basins will have season-long flows with fun peaks, and rivers like the Lochsa, St. Joe, Selway and Moyie rivers will have longer-than-normal seasons because of deep snowpack, outfitters say. “It’s going to be an excellent year for river boating,” says Peter Grubb with ROW Adventures in Coeur d’Alene. “We are expecting to extend our St. Joe River season by 10 or so days into July, and we expect to be able to run trips on the Lochsa until July 10-15, a full week longer than normal.” [caption id="attachment_415" align="aligncenter" width="4752"] 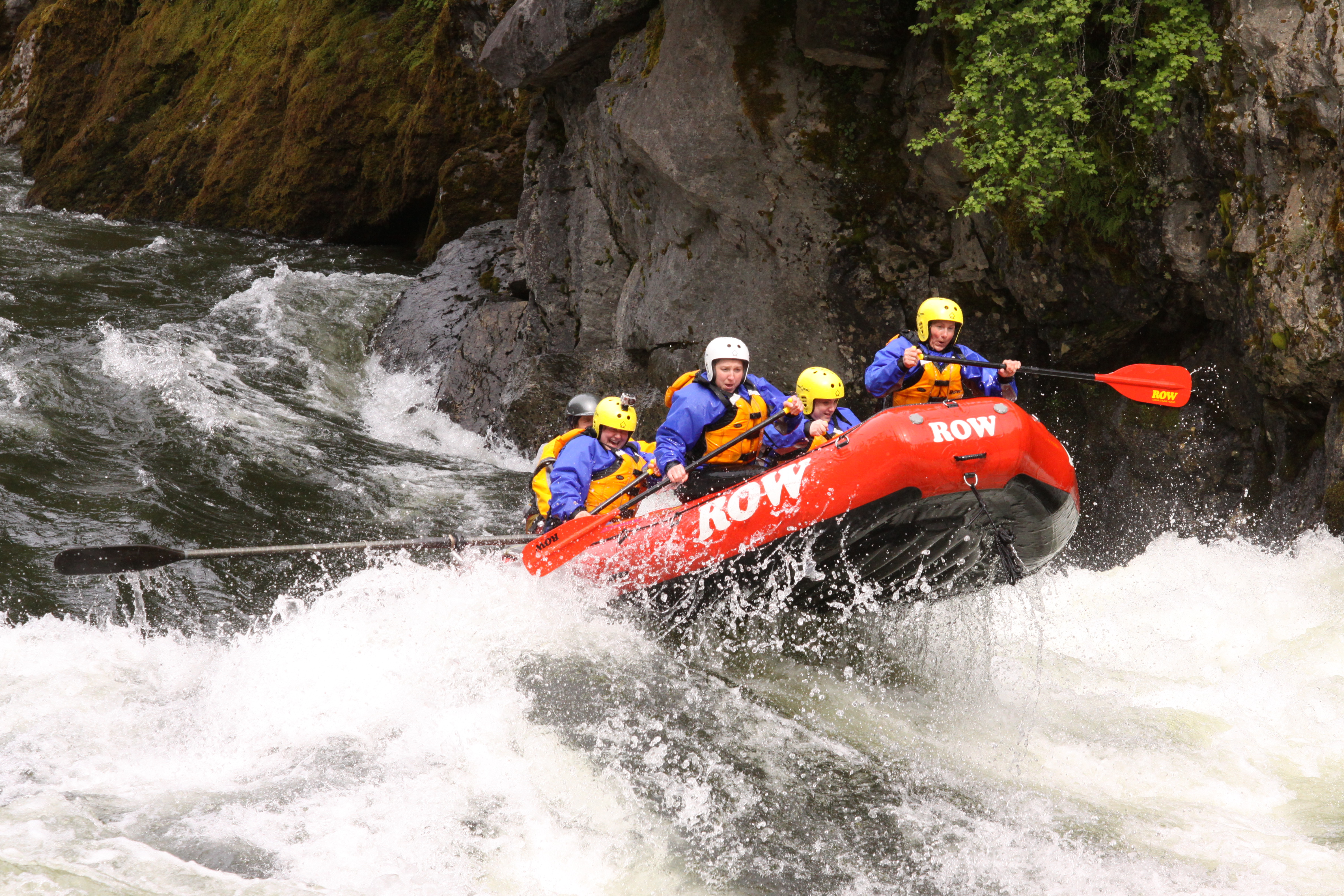 A ROW Adventures paddle crew pops through a rapids on the St. Joe River in North Idaho. The season on the St. Joe may be extended for several weeks because of deep snow in the Bitterroot Mountains. (Courtesy ROW Adventures)[/caption] Day trips on the Lochsa and Payette river have already begun, and most outfitters on the Main Salmon, Middle Fork Salmon, and Hells Canyon of the Snake will be starting their trips in early June. High snowpack in the Upper Snake River in the 108 percent range will provide a long season on the Snake River as well, officials said. “Some areas in the Upper Snake River are still accumulating snow, so that will make for good flows later in the floating season,” said Ron Abramovich, water supply specialist for the Natural Resources Conservation Service Snow Survey office in Boise. “Overall, things look really good.” The Lochsa River is considered to be one of Idaho’s premier whitewater day trips, and robust snowpack in the Clearwater Basin should ensure that the river will hit peak flows in prime time when it’s nice and hot for paddle rafting.  ”We should hit peaks in the 8-foot range, and that’s a great level,” said Wayne Fairchild, owner of Lewis and Clark Trail Adventures in Missoula, Mont. “Things are looking perfect for a great season on the Middle Fork of the Salmon River,” said Zach Collier, owner of Northwest Rafting Company. “One-hundred percent of average is perfect for a sweet runoff season. We should have good water through July and August.” [caption id="attachment_416" align="aligncenter" width="2048"] 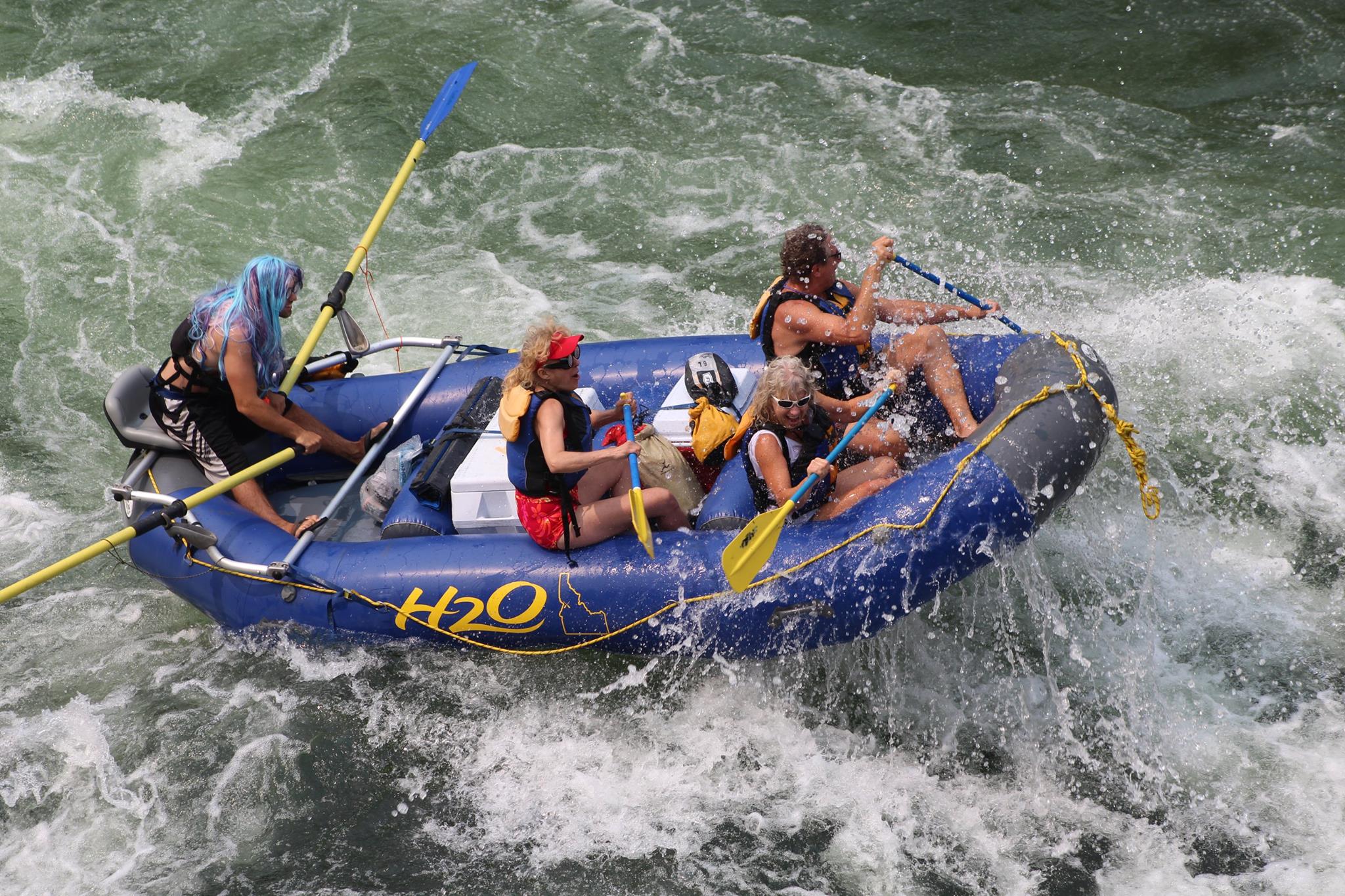 H20 paddle crew nails the slot on the Salmon River. (Courtesy H20 Idaho)[/caption] Week-long wilderness river trips on the Salmon River benefit from deep snow in the mountains. “It’s looking pretty awesome to me,” said Zach Mason, owner of H2O Idaho in Riggins. H2O does Riggins day trips and multi-day trips on the Salmon River above and below Riggins. “We’re going to have some great runoff and beaches cleaned and restored by the spring runoff,” Mason said. Many of Idaho’s wilderness river outfitters are filling up for the season or nearly booked for the season, so it’s important for people to make reservations as soon as possible. Idaho is known as the “whitewater state” with more than 3,000 miles of navigable rivers. H2O Idaho has two special music trips that still have some openings this summer, one featuring a bluegrass band and another featuring “Poor Man’s Whiskey.” See H2O Idaho web site for more information. “We got plenty of snow this year, so things are looking really good for the boating season,” adds Jess Baugh, owner of Salmon River tours. [caption id="attachment_417" align="aligncenter" width="4032"] 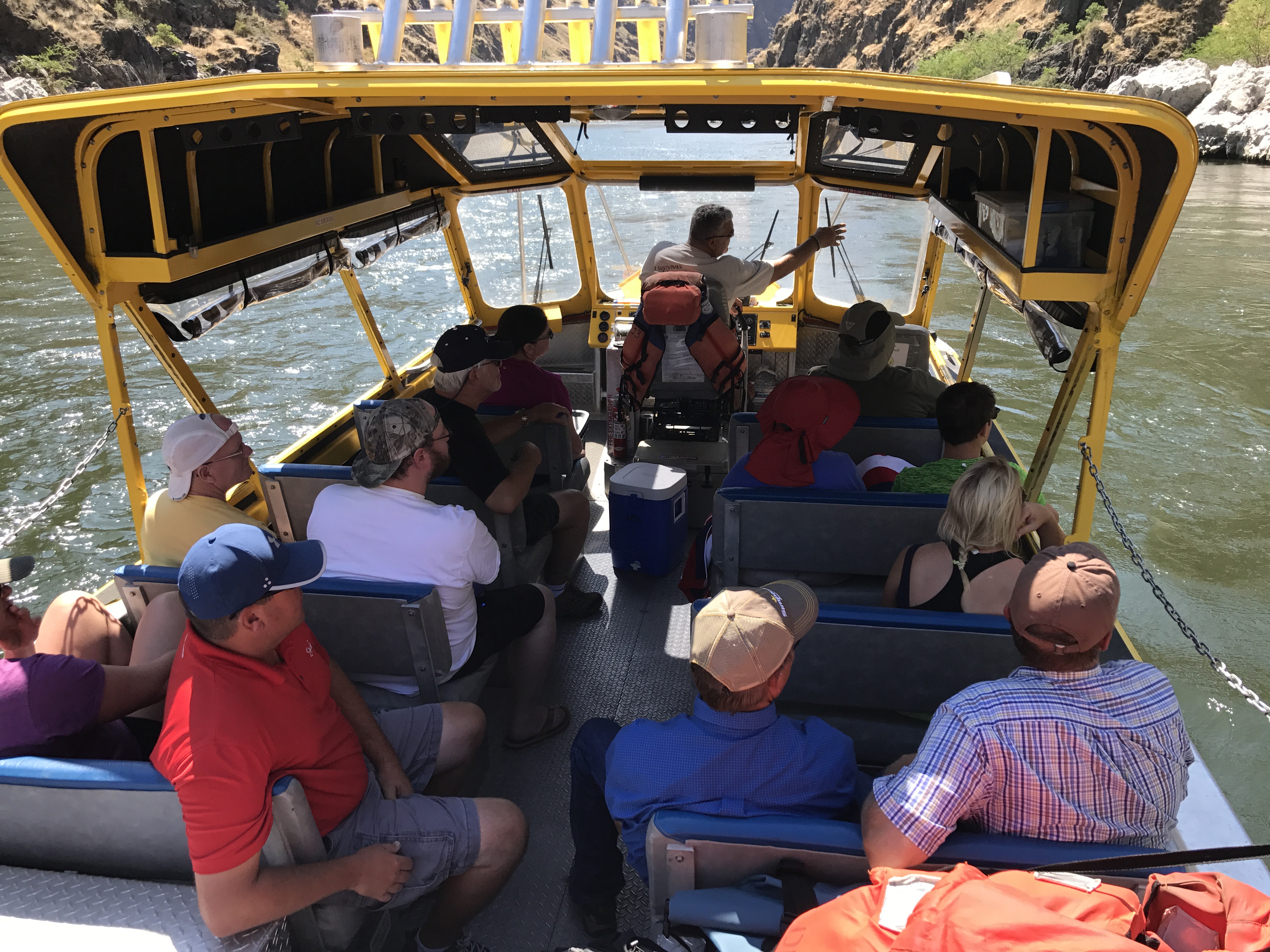 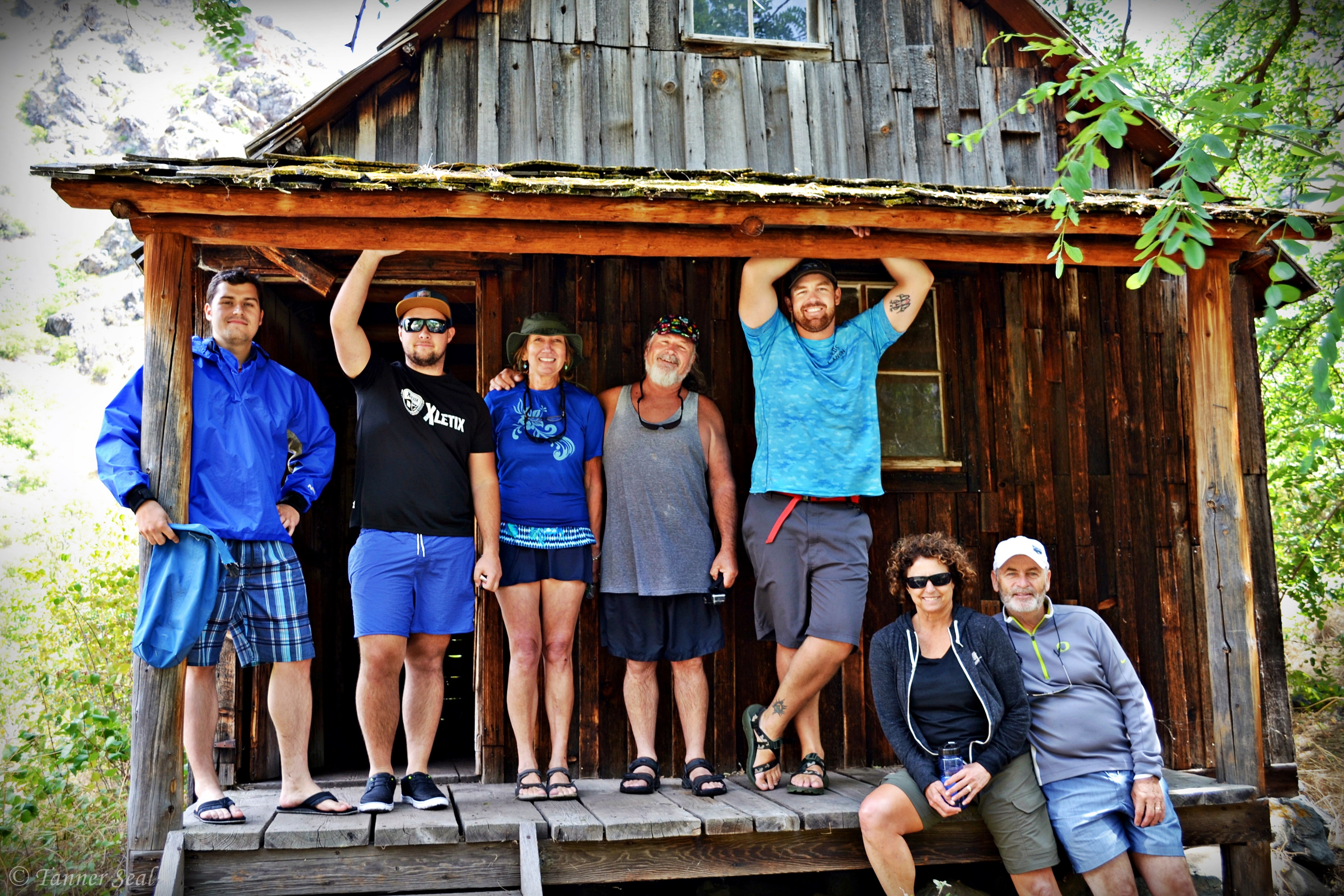 Some trips offer overnight stays at rustic cabins and lodges on the river.[/caption] The Payette River looks to have a long season, and it’s already running strong with initial snowmelt happening now, outfitters say. “It’s shaping up to be a great year,” said Georgi Lawler with Idaho Whitewater Unlimited. “We should have some really fun, big whitewater, and a long summer season.” [caption id="attachment_419" align="aligncenter" width="1280"] 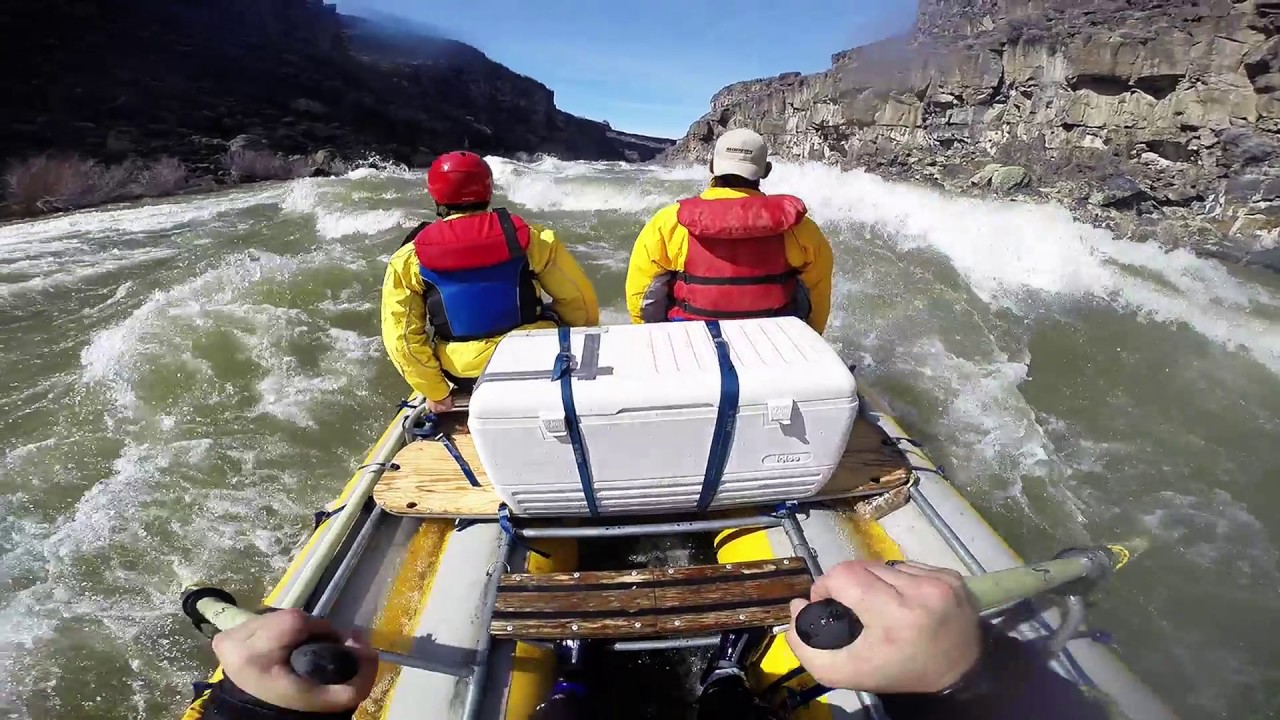 Hang on boys! The Murtaugh reach of the Middle Snake River has enough water for floating this year in May. (Courtesy Idaho Guide Service)[/caption] Spring flows on the Murtaugh reach of the Middle Snake River are happening again this year, but the flows are only expected to last through May, so be sure to make your reservations as soon as possible, says Olin Gardner with Idaho Guide Service. Trips in the Hagerman reach will have a longer float season all summer long, he said.