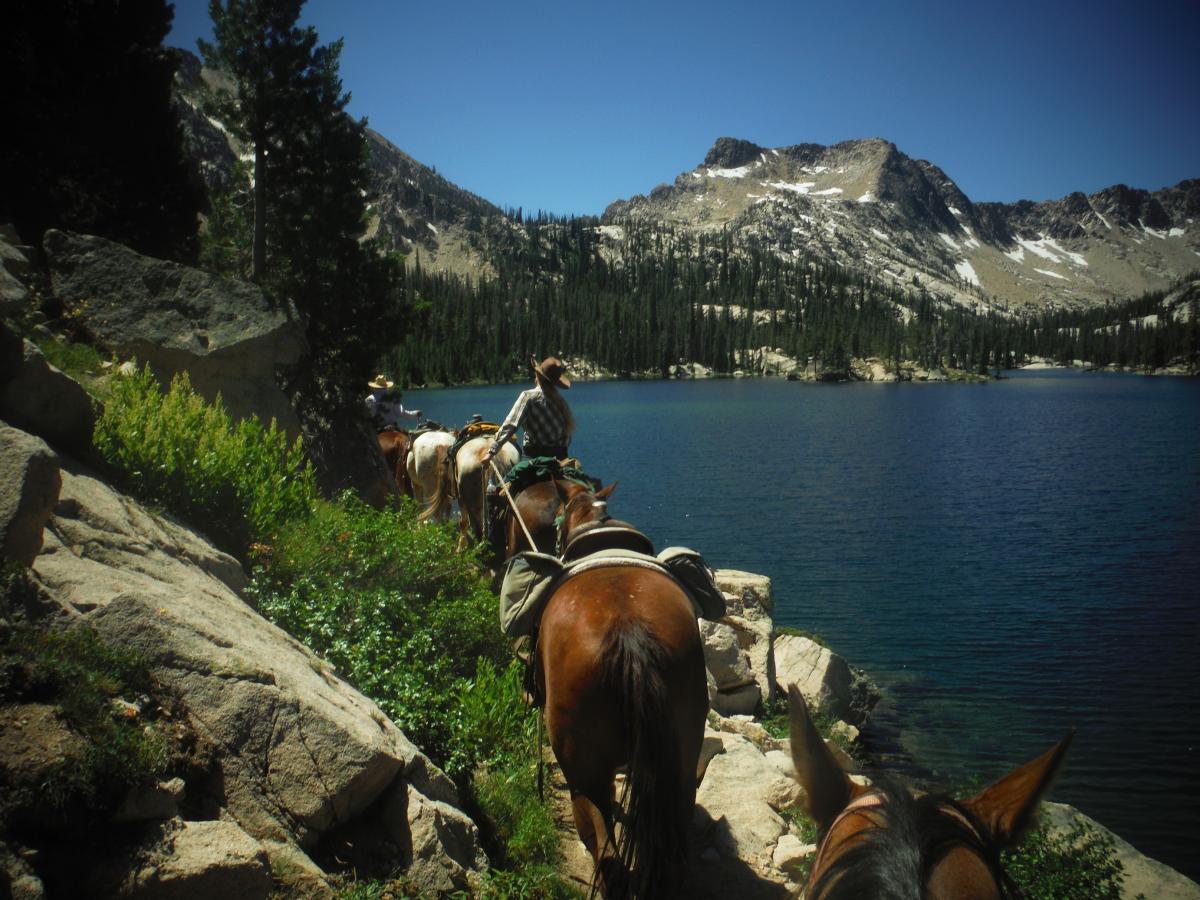 Wilderness hunt in the Sawtooths (courtesy Mystic Saddle Ranch)[/caption] Idaho’s hunting outfitters and Fish and Game officials are expecting a very active big-game season this fall, with potentially a record number of hunters pursuing elk, mule deer, and white-tailed deer and strong harvest rates expected. Archery season is under way, and rifle big-game seasons are starting in mid-September in Central Idaho units, where you can rifle hunt during the elk-rutting season. All of the big game seasons will be in full swing by October. Big-game hunters in Idaho harvested more than 22,700 elk in 2017 – the second-highest harvest level in the last 10 years – and they may surpass that number this year, officials say. “Idaho is reliving some of its glory years for elk hunting,” said Roger Phillips, public information specialist for Idaho Fish and Game. Hunting outfitters in Idaho are reporting strong bookings so far this year. A number of outfitters are booked solid for the season, or they may have just a few openings remaining. See the list of Idaho outfitters at huntingidaho.org. [caption id="attachment_1068" align="alignnone" width="800"] 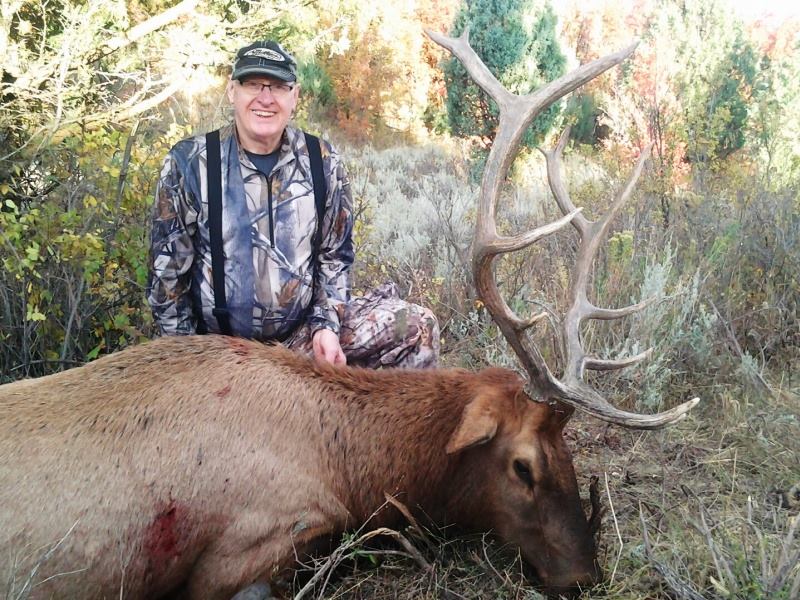 Successful elk hunter (courtesy Bear Paw Outfitters)[/caption] “Elk are doing well everywhere – it’s going to be a good year for elk hunting,” said Dale Denney, with Bear Paw Outfitters. “We’ve had more reservation traffic since the recession because the economy is booming right now. I think we’re going to see the number of hunters going up as long as the economy continues to do well.” Denney advises hunters to book a hunt and buy big-game tags as soon as possible because of the high demand. Going with an Idaho hunting outfitter has multiple benefits – trained, professional licensed guides know where to find big game, there are set-aside tags for outfitter clients that customers can purchase as part of a guided hunt, and outfitters have specific hunting areas where their wall tents are set up in the backcountry, providing a true wilderness experience and fair chase hunt. If an outfitter doesn't have set aside tags, big game tags can be purchased over the counter at an IDFG vendor. Rebekah Cain with Mystic Saddle Ranch in Stanley says she expects the hunting pressure to be high in the Stanley area because of the strong bookings her company has received so far, and the number of phone calls she’s getting. “Business is good, and the elk hunting is going to be good,” she says. “All of our guides and are our stock are booked right now. We’ve probably had at least 30 hunters call who want help packing out game with our stock. I’ve told them they can try us later on, but there’s no guarantees. We will help them if we can.” [caption id="attachment_1075" align="alignnone" width="800"] 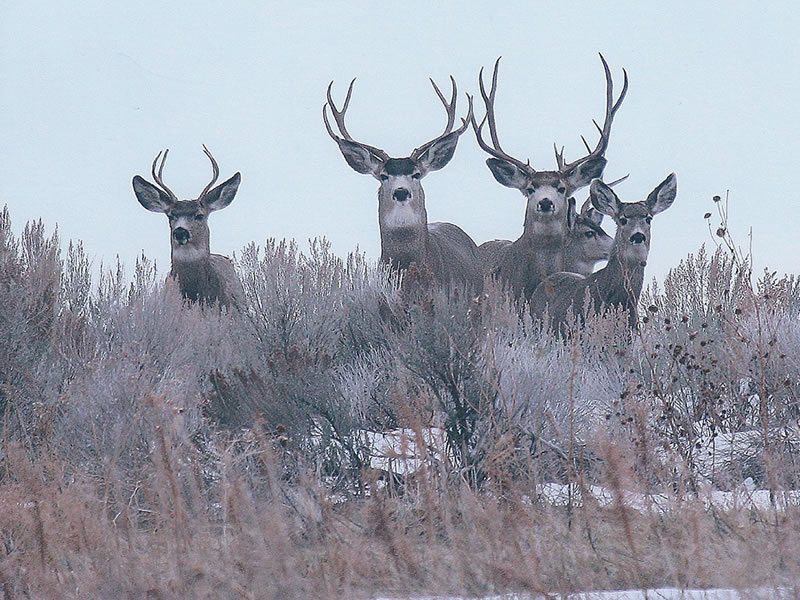 Some nice mule deer bucks can be found in the mountain draws of Idaho (courtesy Spring Cove Outfitters)[/caption] Daniel Butler with Spring Cove Outfitters already has seen his guests harvest some nice mule deer bucks, and he’s expecting good success for elk. “We have plenty of elk, you just have to be at the right place at the right time,” he says, echoing the eternal hunting challenge. “My unit is entirely controlled hunts. Some of my hunters draw, or buy one of my allocated tags, and I have some landowner tags as well.” Butler hunts from the Snake River to Fairfield and from Gooding to Mountain Home, lower-country areas with a mix of private and public lands. “I think we’re going to have a great season,” he says. White-tailed deer numbers are reportedly strong, according to Idaho Fish and Game, and mule deer numbers are down a bit because of two consecutive heavy winters. Hunters took about 26,500 white-tailed deer in 2017, and 26,350 in 2016, following an all-time record harvest of 30,500 white-tails in 2015, according to Idaho Fish and Game. White-tailed deer numbers are highest in North Idaho Fish and Game units. Unit #1 had the highest harvest in 2017 4,890 animals taken. White-tailed deer hunters had a success rate of 44 percent in 2017; mule deer success was 29 percent. “The white-tails are down a little bit because of the winter of 2017-2018, but I think there’s going to be a good season for white-tails,” Denney says. Bear Paw offers guided hunts in the Idaho Panhandle and in Eastern Idaho. [caption id="attachment_1071" align="alignleft" width="633"] 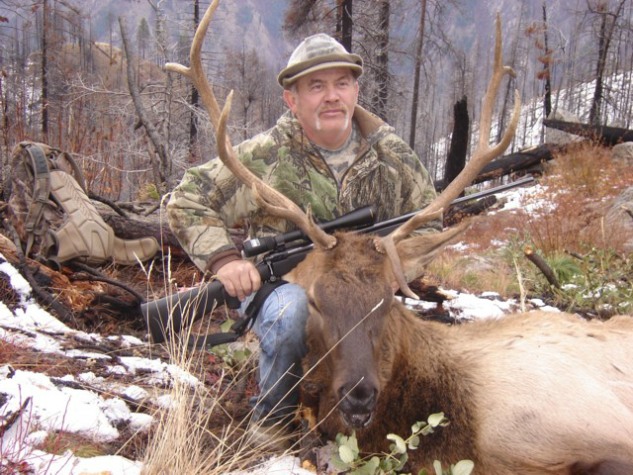 This elk was taken in the Gospel Hump Wilderness (courtesy Wind River Outfitters).[/caption] Mike Branson with Wind River Outfitters is expecting to do well with elk-hunting in the Gospel-Hump Wilderness, near Grangeville. “The elk populations are coming along all right,” he said. “We’re getting the wolf situation under control.” Branson says he always encourages his hunters to buy a wolf tag. Sometimes that can hold appeal with hunters – to be able to shoot a wolf if they run into one while hunting deer or elk. His clients can rifle hunt during the elk rut in the Gospel-Hump, which is always a plus because hunters can bugle in the elk to close range for a quality shot. Hunters in certain backcountry units also can use an elk tag to harvest a mountain lion or a black bear. Idaho is unique in that hunters have such a wide range of choices when you add the predators to the tags, he said. “We are booked through mid-November,” Branson says. “We’ve had to turn people away. We are blessed. People are figuring out that Idaho is a well-kept secret.” Ken Francisco, co-owner of Bear Creek Outfitters near Hamilton, Mont., guides his clients on the Idaho side of the Selway-Bitterroot Wilderness. He’s seeing his bookings pick up because of the economy as well. “The elk numbers seem to be doing good,” he says. “We are booked through mid-October, but we have a few late-season openings. With the economy going strong, people feel they can spend some extra money on hunting. That has caused interest and participation to go up.” [caption id="attachment_1072" align="alignnone" width="834"] 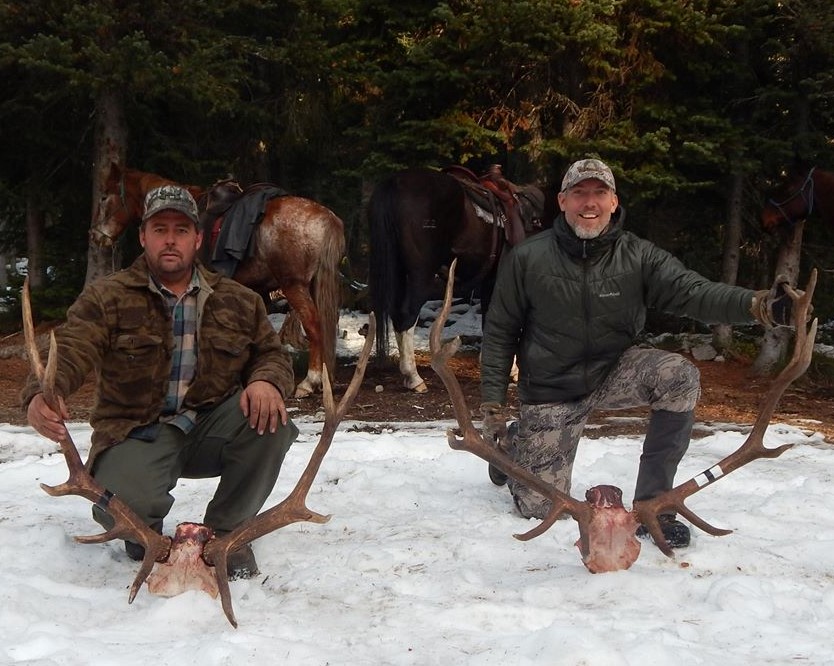